The Sombrero™ series is distinguished by heavy amounts of large-coned single flowers on a compact plant. These come in a series of blazing hot colors. 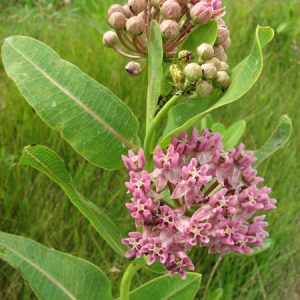 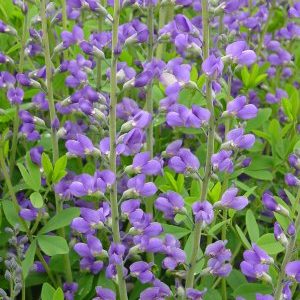 Blue spikes of pea-shaped flowers resemble the tall racemes of lupines in May and early June. A slow to mature, but very rewarding native garden perennial. Found in open woods, river banks and sandy floodplains, New York to Nebraska to Georgia. 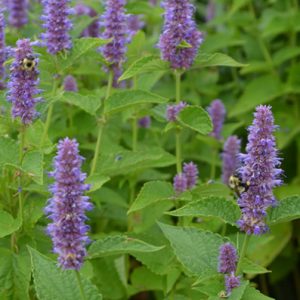 Anise Hyssop has very showy flowers, fragrant foliage and seems to be of little interest to deer. It self seeds readily and often blooms the first year. New seedlings are hardy and can be transplanted easily. It's a bee, hummingbird, and butterfly magnet and makes an excellent addition to herb gardens, borders, perennial gardens, and prairies. When the leaves of the Anise Hyssop are crushed they smell like licorice and have been used to make tea and cold remedies.  Other common names in use: Lavender Hyssop or Blue Giant Hyssop

Available May to Mid May. 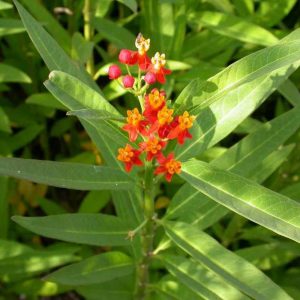 Tropical Milkweed, also known as Blood flower, is a tender evergreen perennial in the dogbane and milkweed family. It is native to South America, but has naturalized worldwide in many tropical and subtropical areas. It has a much longer flowering period than the perennial milkweeds that are winter hardy in Michigan. Showy red-orange flowers bloom late spring through late autumn except in USDA Zones 9-11 where it is winter hardy. Grows best in light, rich, evenly moist, well-drained soil in full sun. Will tolerate light shade and some soil dryness.  Hummingbirds, butterflies and bees are attracted to the flowers. Monarch butterflies lay eggs on this plant and the resulting larvae (caterpillars) use the plant leaves as a food source. Flowers are followed by long, narrow seed pods (3-4” long) which split open when ripe releasing silky tailed seeds for dispersal by wind. Stems and leaves exude a milky sap when cut or bruised. Plants can be poisonous to livestock. Consider wearing gloves when working with these plants because the milky sap is poisonous if ingested and can be toxic to human skin. 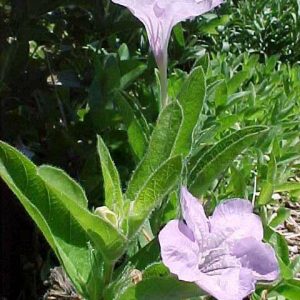 Wild petunia occurs in dryish soils in open woods, glades, prairies and fields throughout the State except for the far southeastern lowlands. Typically grows to 2′ tall. Features tubular, bell-shaped, petunia-like flowers (to 3″ long), each with five shallow rounded lobes. May to October bloom period. Lavender to lilac flowers appear singly or in clusters in the upper leaf axils. Oblong to lanceolate, olive green leaves to 4″ long. Leaves and stems are hairy. This plant in on threatened list in the state of Michigan.

Available for shipping mid May 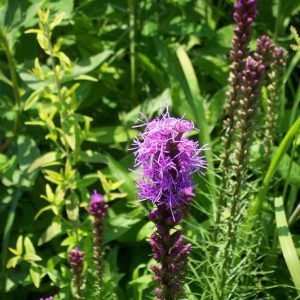 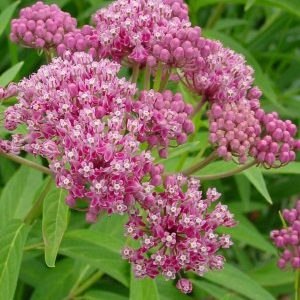